It's a fact! I have to practice my Filipino more!

I grew up in a Filipino Chinese family. My Mom is Chinese and my Dad a Filipino.

My mom, being an English Major and a 3rd generation Chinese in the Philippines, had me reading English newspapers almost everyday. Specifically the Manila Bulletin. From elementary to high school this kept on going on. I understand she was trying to get me to speak properly and also use the dictionary often and also build my vocabulary. But frankly I hated every moment of it. But looking back when I started working I realized she was doing it for my own good. With her she always spoke to me in English every day.

My Dad is a Filipino. He was a very hard working man. Though his English wasn't as good, as I grew up he always made it a point to speak to me in English.

You would think if I did something bad, they would break out in Chinese and Filipino respectively to scold or lecture to me but no no no! It was all in English!

I only learned how to speak Filipino from a few sources: our Bisaya house hold help, visiting the provinces for vacation, talking with people if needed, high school and university classes.

I have fond memories of Gng Tiangco and Sir Acuna from high school. I was excited to learn Filipino but at the same time frightened about getting good scores hhaahah. It was in these Filipino classes where I learned that the language is called Filipino! I have been calling it Tagalog most of the time before. Tagalog is a dialect in the Philippines. Most of the Filipino language is composed of Tagalog hence most times they are used interchangeably. But since that time I always refer to our language as "Filipino". I remember everyday under Sir Acuna I and a classmate were always asked to sing the Filipino National Anthem! I remember growing up and calling the national anthem as "Bayang Magiliw" after the starting two words of the anthem which means "Gentle Country". Later on in class I find out that the national anthem is called "Lupang Hinirang" which is "Chosen Land". And ahem I admit I had to look that up in the dictionary when making this article hahahaha..

My university days at De La Salle University Manila had the same story. Had Filipino class but on a day to day basis in other classes and interacting with my classmates or teachers it was all in English.

After graduation I entered the workforce! First an American company called Intel and then a local telecom company. I spoke English mostly and only when Filipino was needed then I would speak Filipino. Most people would just switch on their English instead when speaking with me.

Fast forward to today and well, I am still struggling at times with my Filipino hhahhaa. Still need more practice. I am glad I am using it more often now in the real estate field. Though friends and workmates and some clients say my Filipino is more literary since the vocabulary was based on literary works we have been reading back in school. "You are speaking too deep". "You are using words no usually used". I would get these comments. But still they understand.

I realize today, learning a language is more than just communicating with other people. There are certain words that can't really be translated into English and best kept in Filipino to get my meaning across. I realize that language helps form one's identity and also the way of thinking which are unique to the Philippine culture. The more and more I think of the Filipino language and how it came to be to unite the country with one language, I realize other countries have had the same path. China has various dialects and at the same time one main national language which is Mandarin. Without one common language it would be hard for people to communicate and words can be mistaken for another and could lead to misunderstandings and conflict. If we fast forward to the potential future looking at the Star Trek TV and Movie series, they have a universal translator and time and time again without it there is difficulty and conflict.

Anyway here's my stab at reading a local Filipino tabloid article in the video below.

For more videos check out my vlog at www.planetgreat.com
at August 20, 2018

Email ThisBlogThis!Share to TwitterShare to FacebookShare to Pinterest
Labels: Personal 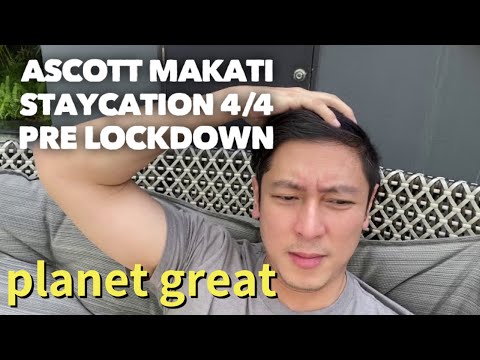